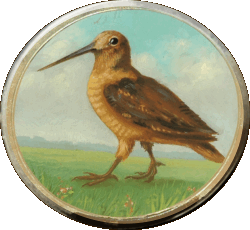 open 7 days a week
during all the year

Monday to Thursday and Sunday
from 11 AM until midnight

Friday and Saturday
from 11 AM until 1 AM

Cardápio completo
https://www.alabecasse.com/en/drinks
# Cervejas
30
# On Tap / Chope
6
On Tap / Chope
On June 22, 1877, our great-grandfather, Henri Steppé, bought the pub "Estaminet " located rue au Beurre n°11 (Butterstreet) in the heart of Brussels and paid 15,000 Belgian francs (currency of that time).
No one remembers who named the pub "A la Bécasse" (In the Snipe). It was probably our great-grand father, because from 1877 until now, the Steppé family always remained the owner of this pub.
Our grandfather, François Prosper Steppé, called "Prosper", was born on June 23, 1882 in a corner of the room on the first floor. Two or three years later, his father bought the building.


The origin of that establishment, goes back much further. It was a relay for horse-drawn carriages that came from Hal, Leuven or Tirlemont. At that time, there was no corridor and the front door was directly across the place Saint-Nicolas church.
Later on, the place Saint-Nicolas church as well as or pub became surrounded by new buildings and the rue au Beurre became rue de Tabora, in memory of the battle of Tabora in Tanzania, where Belgian troops were victorious on September 19,1916.