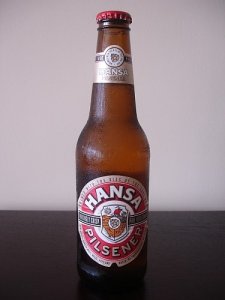 While most of the brewing world consists of ordinary lager brews, Hansa offers styles of beer beyond the obvious. In keeping with the Hansa promise to brew beer styles beyond regular lager, Hansa Pilsener first challenged regular lager rules with the launch of South Africa's first pilsener style beer, Hansa Pilsener, in 1975. In the tradition of Hansa, Hansa Pilsener is no ordinary beer. It is brewed with the kiss of the Saaz hop to be bracingly crisp and refreshingly different.