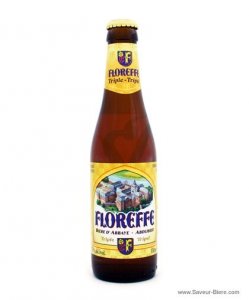 Floreffe Triple owes its considerable reputation to the pungent hop-bitterness and touch of caramel that are apparent in its flavour. As is the case with the other Floreffe beers, it is not filtered and may appear cloudy when served very cold. Brewed to an old formula belonging to the monks of Floreffe abbey, it is refermented in the bottle with the addition of yeast and sugar.. Preferred beer of the monks of the Abbey, it was prone to terrible penitences : monks who arrived late for a meal automatically forfeited their measure of beer. Like all the beers in the Floreffe range, it is Recognized Belgian Abbey Beer approved.