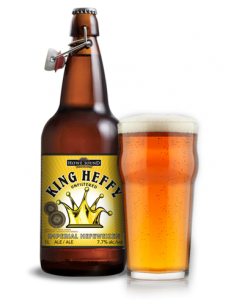 Weizen
Visite o website
A refreshing, German-styled wheat beer with a distinctive banana and clove aroma, it is made with barley, wheat, hops, water and hefe yeast and named in recognition of the thousands of climbers who come from around the world to climb Squamish, BC's walls, crags, cracks, slabs and boulders.

Food Pairing
This German-style wheat beer is a classic summer ale, and is commonly served with a wedge of lemon. This beer works well with pastas, mild cheeses, grilled vegetables and light chicken and pork dishes.

Our Bottle
This re-closable bottle, known as a “pot-stopper”, was widely used in Europe and North America prior to the 1950s. Our new combination cap is an innovative design that allows closure by both crown and swing caps. It can be re-used and meets our green packaging objectives.