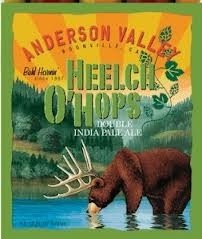 Brewed with copious amounts of Columbus, Chinook, and Cascade hop varieties, Heelch O’ Hops has a palate pleasing bitterness that is artfully balanced with a full-bodied malt foundation. Weighing in at 100 IBU’s and 8.7% ABV, this Double IPA features bigger hop aromas and a slightly different hop flavor with a much drier finish compared to its predecessor. “We’ve been working on this recipe for quite some time,” says Brewmaster Fal Allen. “By adjusting the malt bill and experimenting with different combinations of dry hopping and late kettle hop additions, we finally found a balance that we’re really happy with, and we hope our fans will enjoy it too.”
Tweet

The Man Behind Berlin
3.5