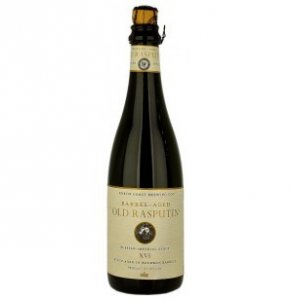 Conhaque
Visite o website
Every year we age a special batch of our much-loved Russian Imperial Stout in Bourbon barrels. The depth, intensity, and complexity of the flavor profile of this special release, like its predecessors, make it a worthy tribute to Old Rasputin.