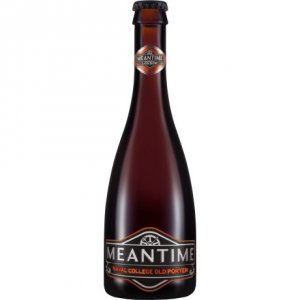 Visite o website
The London brewers were at the forefront of applying new scientific and technological advances to beer making. Consequently the manufacture of Porter changed considerably during its life. By the time the Old Brewery was built in 1836 Porter was a blend of 'stock' or 'stale' beer, matured in giant wooden tuns for up to two years, with young or 'mild' beer.

Meantime Hospital Porter (called Naval College Old Porter in the US) is made in the same fashion. 24 months oak aging in used Bruichladdich Octomore barrels has lent a woody, intensely peaty smokiness to our 'stock' Porter, which we have blended with a younger beer. This latter adds vitality to the brew. Hospital Porter one beer that is best not over-chilled, and, like the original Porters, will mature with age.