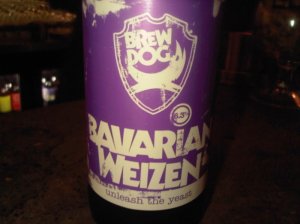 Álcool (%)
6.3% ABV
IBU
45
Ingredientes
Malts:Maris Otter, Crystal Malt, Caramalt. Hops:Centennial, Amarillo
Ativa
SIM
Sazonal
Outros
Visite o website
The unsung heroes, the foot soldiers of the revolution. We owe a huge debt to the billions of tiny yeast cells that work tirelessly to ferment sugars into alcohol and CO2. But yeast isn’t just here for the grunt work. Yeast has the power to change the flavour, aroma and complexion of your beer in an instant. This series is designed to showcase the impact different yeasts have on the same base beer.

This series of 4 beers gives the limelight to four totally different yeast strains: Belgian Trappist, Pilsen Lager, American Ale and Bavarian Weizen. All 4 beers have been brewed to the same ABV using a blend of Centennial and Amarillo hops and a backbone of Pale Ale, Munich and Cara Malts.