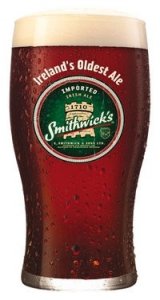 Over 300 years ago in 1710, John Smithwick began brewing his first Ales - although the Smithwick’s story started long before then.

He chose the site of an ancient monastery - St.Francis Abbey, to position his brewery. John was inspired by a tradition of brewing on this site, the foundations of which were laid four centuries earlier.

Back in the 13th century The Franciscans established an Abbey, with its own well, on the banks of the River Nore in Kilkenny. Whilst brewing and barley cultivation are recorded in Irish Annals from the mists of time, the strong brewing tradition that exists in Kilkenny started with these monks who would have brewed their own light ale for their visitors, using water from St. Francis' Well.

To this day the Abbey stands proudly at the heart of the brewery and continues to inspire our brewers. Smithwick's Superior Irish Ale - Crafted and perfected since 1710.