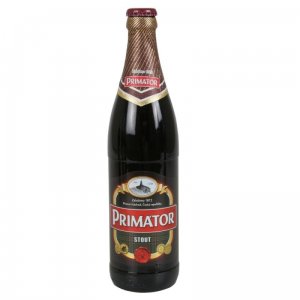 A stout beer is a dark, sometimes bitter beer that was first commercially produced in the 1730s. The first stouts were from Ireland, where the still most popular stout is produced by Guinness. Stout beer is composed of barley and varied types of malt. Other variants may be made using oatmeal, which usually produces a sweeter beer. There is a large variety in the kind of stout beer produced and several classifications differentiate one type from another. Irish stout beer is the most well known of the stouts. This type of beer is also called a dry stout.