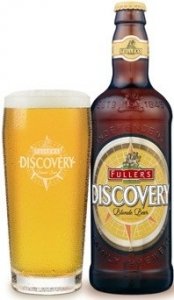 Fuller’s Discovery Blonde Beer has been turning heads since its launch in 2005.

Discovery is the first new year-round beer launched by Fuller’s since Chiswick Bitter back in the 1980s. Developed in response to the increasing popularity of lighter golden ales, and always served chilled, Discovery boasts the perfect combination of flavour and refreshment.

Since its introduction it has won enthusiastic plaudits from ale and lager drinkers alike. Isn’t it time you made a refreshing discovery too?